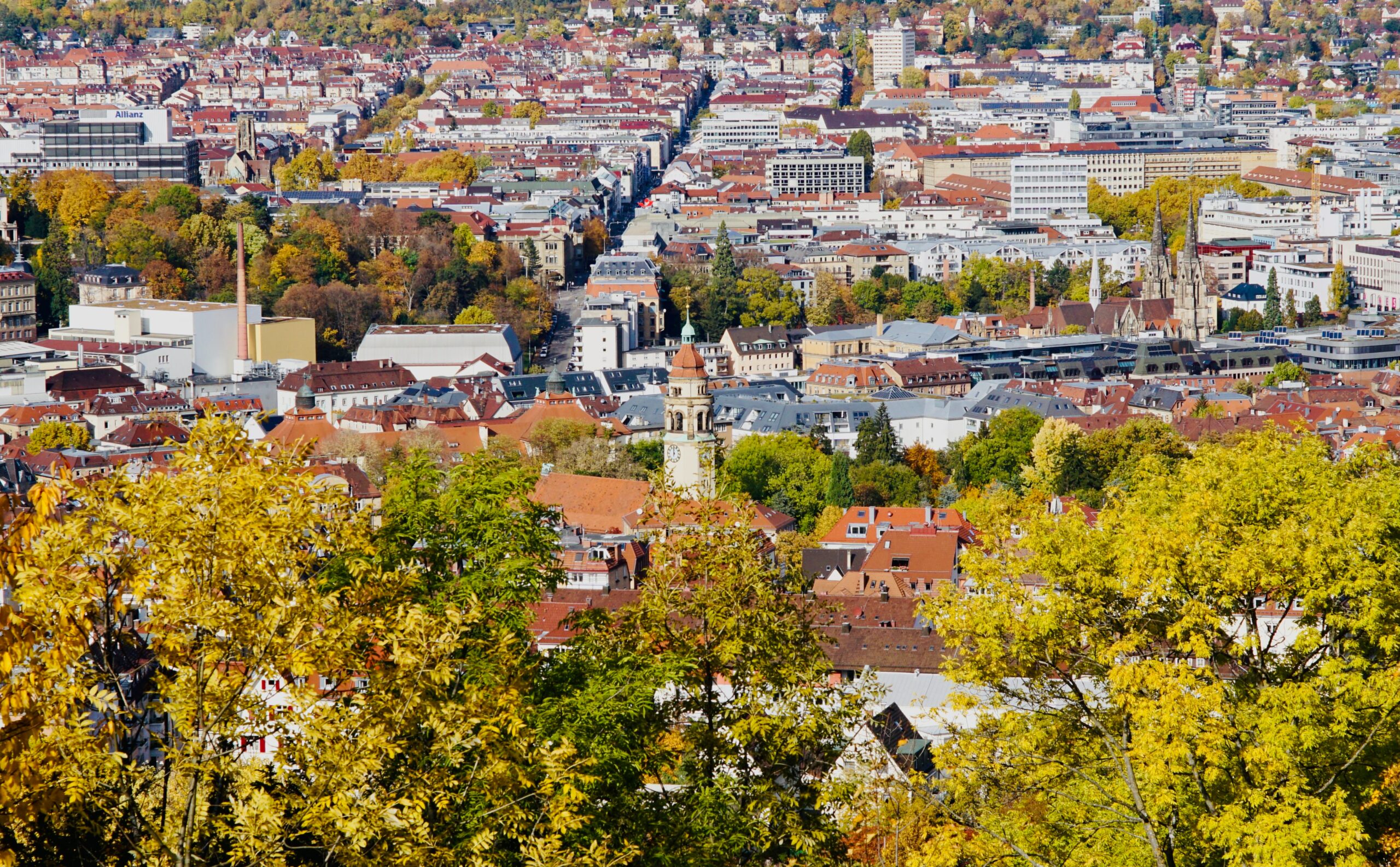 Voluntary Local Review
The City of Stuttgart submitted their first Voluntary Local Review in 2020. The review was based on the Association of German Cities and Towns’ model resolution 2030 Agenda, which Stuttgart joined in 2018 as a step towards starting to work actively to implement the SDGs in the city. Stuttgart’s VLR was developed in collaboration with the Bertelsmann Foundation and the German Institute of Urban Studies.

The VLR was developed in a participatory manner: different departments of the city organization were invited to take part in the process. The review contains a description of the Association of German Cities and Towns’ project. This is followed by a presentation of the indicators, a description of how the City of Stuttgart decided on what indicators to include, as well as recommendations on how to develop indicators. With their first VLR, Stuttgart aimed to describe the city’s progress in social, ecological and economic sustainability – and by that also identify what areas were in need of further support. They also wanted to contribute with methods on how to develop indicators that are suitable – and valuable – in a local setting. The VLR contains an analysis of the sustainable development over time, and connects the SDGs to the City of Stuttgart through both quantitative data and qualitative best-practice examples.

The City of Stuttgart published their second Voluntary Local Review in English in May 2022.

Translating the indicators
In 2017, seven German organizations initiated the project SDG Indicators for Municipalities. The project aimed to facilitate the quantitative monitoring of the SDGs at the local level by identifying how the goals could be interpreted in a German local setting. The City of Stuttgart, as one of the first in Germany, joined the project in 2018 and began pilot-testing the indicators that had been identified in the project the same year.

When testing the indicators, cross-departmental discussions about the SDG indicators were held within the city organization, in order to expand the general indicator set to incorporate new ones that were relevant for Stuttgart’s specific context – as well as to modify some of the already identified indicators. When deciding which indicators to incorporate, they took into account the relevance for Stuttgart, the coverage and explanatory value, and available data. It was also important that the indicator set was not too large and in that way not manageable – and they therefore chose indicators that covered several of the SDGs.

Based on the SDG indicators that were chosen within the framework of the project, Stuttgart developed a cross-sectoral instrument for a structured monitoring of the connections between the social, ecological and economic sustainability. This will serve as a tool to support the further implementation of the SDGs in Stuttgart.

Stuttgart – a Livable City. The global Agenda 2030 at a local level