With the basis of our complex reality, the report reviews lessons learned from the past 60 years of Swedish Official Development Cooperation, trends and shifts in priorities, and what strategic choices must be made regarding the future of development cooperation.

With only 11 years left to realise the 2030 Agenda, increased global efforts are needed, including work towards the Addis Ababa Action Agenda on Financing for Development and the Paris Agreement on climate change. International cooperation between like-minded countries and global actors is key, and progressive leadership for development cooperation, which is largely lacking today, is sought after in several areas and countries.

With the global increase of authoritarianism, right-wing populism, shrinking space for civil society, and women’s and girl’s sexual and reproductive health and rights being threatened, Sweden has had a strong voice, and as a donor continued or increased efforts and resources to ensure that the rights of particularly women and girls are at the center of development cooperation. The Government’s feminist foreign policy adds support for this. Sweden has showed decisiveness and guidance for several issues, however is becoming more and more alone in its efforts of promoting democracy, human rights and gender equality. With these changes taking place, it is crucial to revisit and revise Swedish development cooperation policy in order to assess its continued relevance for the future.

This report aims to contribute to discussions, political guidance, and new perspectives on the future direction of development cooperation. With high ambitions, global partnerships, and efficient development policies, delivering on the global agendas will be achievable. 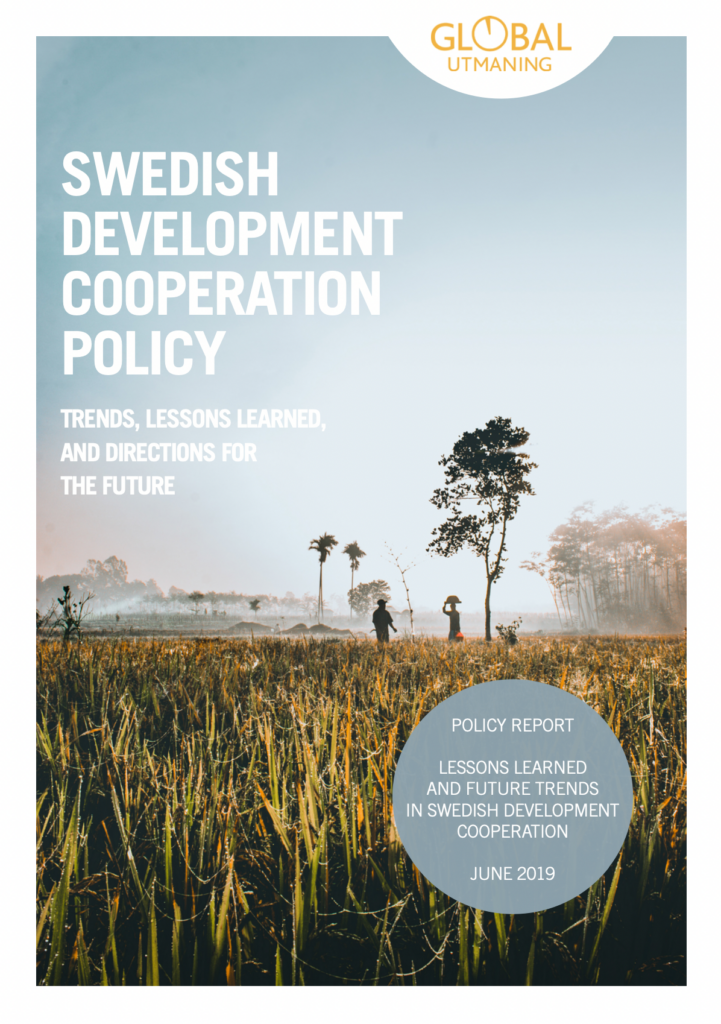