Urban public space is not an easy topic to grasp, and behind the progress of its recognition to urban vitality and liveability, lie decades of intellectual and political battles between urban planners, researchers, practitioners, philosophers, and decision-makers regarding what defines high-quality public space, and, ultimately, desirable cities6. Child-friendly urban public space design is currently gaining momentum around the world7. Studies in Sweden have found that particularly girls are underrepresented in urban public spaces, and that projects do not target them as a user group even though the importance of including this group8 in urban public space design and development is clearly recognised in the 2030 Agenda target 11.7. Women and girls in vulnerable areas are often the most ”left behind”. It is highly unlikely that we will meet the Sustainable Development Goals (SDGs) globally without special attention to this group.

In response to this, the independent think tank Global Challenge (“Global Utmaning”, in Swedish), launched the initiative #UrbanGirlsMovement. By mapping good examples, stories, and lessons learned from multi-stakeholders globally, it highlights ongoing initiatives, as well as how to implement the SDGs at a local level with feminist urban planning techniques as core tools. 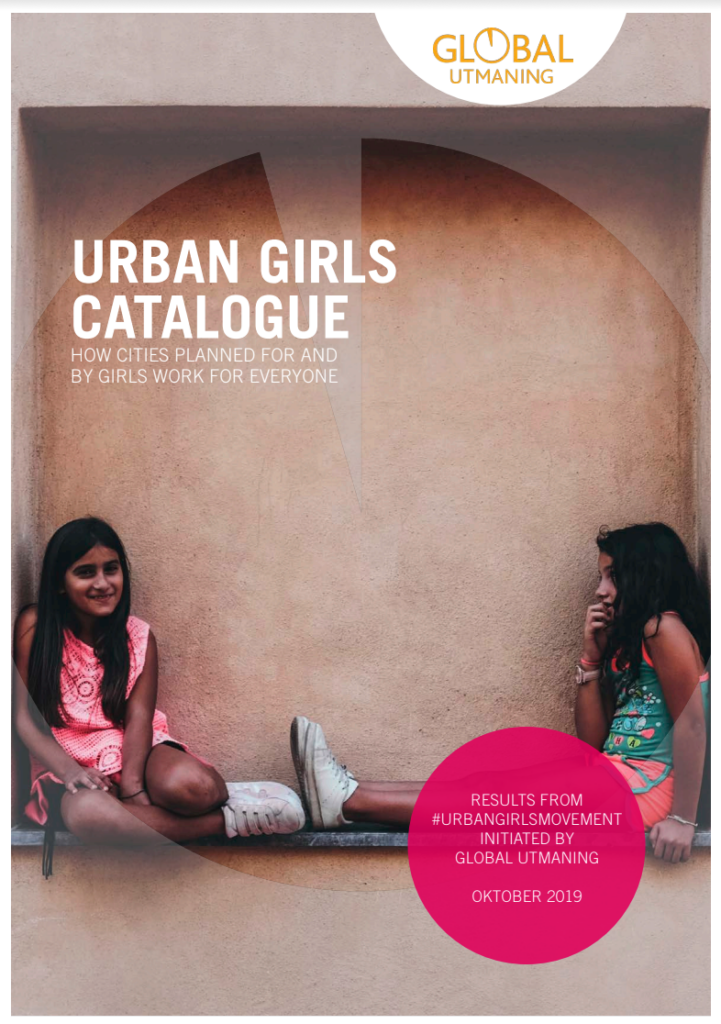